Setting up a wireless bridge 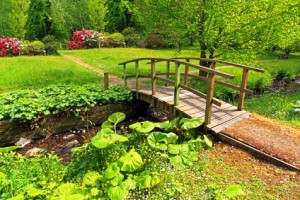 I never thought much about wireless bridges. At least until that day when not having one almost ruined my family evening. What a wireless bridge does is to connect an isolated part of your network to the rest of your infrastructure. Typically the need for a wireless bridge arise when, you a) have equipment which doesn’t have any wireless capabilities, and b) you don’t have any cables in place to connect that equipment to a switch. The need might arise when installing new cables is too expensive or you’re for some reason prohibited to do so.

Configuring an access-point as a wireless bridge, or a workgroup bridge as Cisco calls them, allows you to use it’s ethernet interface as a switch port in an isolated part of your network. The wireless bridge itself connects to the rest of your wireless network and that way extends the physical network. After the workgroup bridge you can connect a switch and a few clients. It might just be one client you need connected to the rest of your network. This could be an industrial machine which only talks ethernet and you’re unable to install cabling to reach the machine. It could be some surveillance equipment which doesn’t have any wireless network adapters. In my case it was my Blu-Ray player.

What happened was that the family had gathered around the TV and were planing to watch Madagascar 3. I placed the disc in the Blu-Ray player and soon we saw the Dreamworks logo. Then we saw nothing. After awhile a zebra appeared just to be replaced, by a black screen. I tried to get it to work for some time but in the end I gave up, luckily a DVD of the movie was included in the same box. The kids didn’t seem to notice our lack of high definition.

I figured I had to patch my blue-ray device in order to play the movie. Though I think it’s a good idea to update software. My gut tells me that this was all about some updated needed to understand some new copy protection. My blu-ray device only has an ethernet interface and I don’t have any cables which are long enough to reach it. So I found a use for a wireless bridge.

I guess I could have just used one of my Sonos players which also acts as a wireless bridge. But where’s the fun in that? I had a Cisco 1130 access-point (12.4(10b)JA) which I wasn’t using. The only real change from another standalone access-point is the station-role workgroup-bridge command under the radio interface.

This is the configuration I used.

Once the access-point was configured I plugged it’s ethernet interface to my blu-ray, which now was able to connect to the Internet. After the upgrade I didn’t have any issues playing the movie.

So now the entire family can watch Chris Rock singing Afro Circus in high definition. Honestly, I’m not sure how I feel about that.